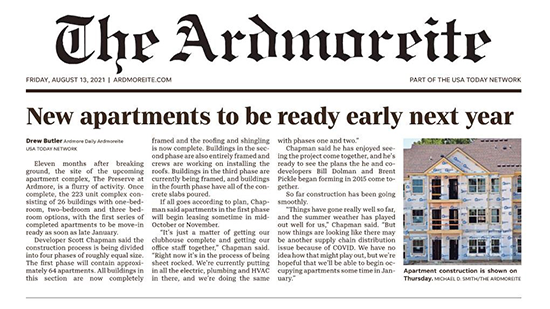 Eleven months after breaking ground, the site of the upcoming apartment complex, The Preserve at Ardmore, is a flurry of activity. Once complete, the 223 unit complex consisting of 26 buildings with one-bedroom, two-bedroom and three bedroom options, with the first series of completed apartments to be move-in ready as soon as late January.

If all goes according to plan, Chapman said apartments in the first phase will begin leasing sometime in mid-October or November.

“It’s just a matter of getting our clubhouse complete and getting our office staff together,” Chapman said. “Right now it’s in the process of being sheet rocked. We’re currently putting in all the electric, plumbing and HVAC in there, and we’re doing the same with phases one and two.”

Chapman said he has enjoyed seeing the project come together, and he’s ready to see the plans the he and codevelopers Bill Dolman and Brent Pickle began forming in 2015 come together.

So far construction has been going smoothly.

“Things have gone really well so far, and the summer weather has played out well for us,” Chapman said. “But now things are looking like there may be another supply chain distribution issue because of COVID. We have no idea how that might play out, but we’re hopeful that we’ll be able to begin occupying apartments some time in January.” 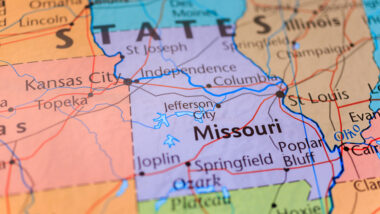 The Top 5 Areas in Missouri For Commercial Construction 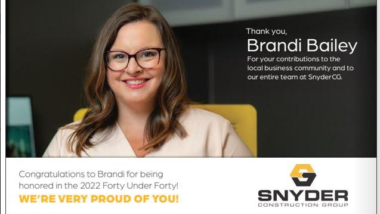 Congratulations to Brandi Bailey, One of Springfield’s 40 Under 40

Ready to Start Your Project?